The All Too Human Welfare State: Freedom Between Gift and Corruption 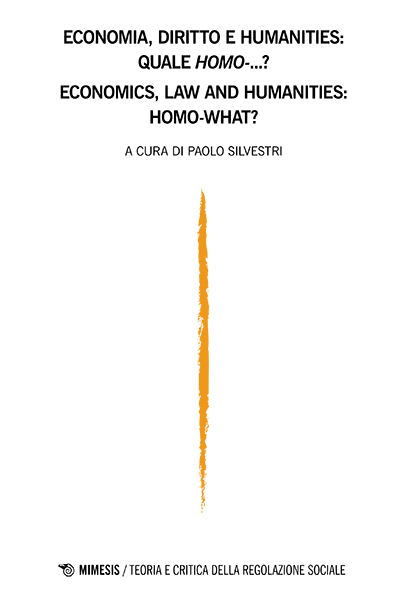 Can taxation and the redistribution of wealth through the welfare state be conceived as a modern system of circulation of the gift? But once such a gift is institutionalized, regulated and sanctioned through legal mechanisms, does it not risk being perverted or corrupted, and/or not leaving room for genuinely altruistic motives? What is more: if the market’s utilitarian logic can corrupt or ‘crowd out’ altruistic feelings or motivations, what makes us think that the welfare state cannot also be a source of corruption?
To explain the standard answers to the abovementioned questions as well as their implications I will first re-examine two opposing positions assumed here as paradigmatic examples of other similar positions: on the one hand, Titmuss’s work and the never-ending debate about it; on the other, Godbout’s position, in-so-far as it shows how Titmuss’s arguments can easily be turned upside down. I will then introduce and reinterpret Einaudi’s “critical point” theory as a more complex and richer anthropological explanation of the problems and answers considered herein.
Through the analysis of these paradigmatic positions I will develop two interrelated arguments. 1) The way these problems are posed as well as the standard answers to them are: a) subject to fallacies: the dichotomy fallacy and the fallacy of composition; b) too reductive and simplistic: we should at least try to clarify what kind of ‘gift’ or ‘corruption’ we are thinking about, and who or what the ‘giver’, the ‘corrupter’, the ‘receiver’ and/or the ‘corrupted’ party are. 2) The answers to these problems cannot be found by merely following a theoretical approach, nor can they be merely based on empirical evidence; instead, they need to take into account the forever troublesome, ambiguous and unpredictable matter of human freedom.