Recognition has been a key notion in the modern and contemporary philosophical debate, under many different aspects. From classic philosophers such as Rousseau, Smith or Hegel, to more contemporary scholars such as Honneth or Forst, the issue of recognition has been investigated with regard to the constitution of one’s identity in relation to others, with a specific attention to the social and moral implications of such a process of constitution. In this framework, not just the successful forms of recognition, but also all forms of non-recognition, become philosophically interesting, in order to investigate the constitution of the identity of a subject. Obviously, moreover, the subject whose identity can be (at least partially) constituted by means of recognition can be not just the individual human being, but also a community, a social class, or a culture, so that the issue of recognition acquires several possibilities of application also in the political theory debate.

In this sense, recognition does not involve just the issue of the relation among subjects, but it involves more generally the issue of social practices and the one of concrete life processes that are embedded in concrete practices of everyday life. If we conceive forms of life as those structures that pre-exist individuals and that shape and bind the possibilities of one’s action, the attitude of recognition becomes a fundamental aspect to structure inclusive and welcoming forms of life. In this framework, there is also room for forms of recognition that are in place not just between humans, but also between human beings and non-human ones (non-human living beings or artificial beings).

The aim of this special issue of Itinerari is that of promoting the philosophical investigation on the notion of recognition from different points of view, from the theoretical-historical perspective to the cognitive one, from the ethical point of view to the political one.

A (non-exhaustive) list of possible perspectives to deal with is:

Submissions must be prepared for double blind review. Manuscripts - in .doc format - should not contain any identifying information and must not exceed 40.000 characters (spaces and references included).

Moreover, they must contain:

Manuscripts should be sent together with a separate cover sheet containing the title of the paper, the name and personal contacts of the author(s), a short bio sketch of no more than 650 characters (spaces included), and the abstract.

The preferential language for submissions is English. However, submissions in Italian, French or German will be also accepted and considered for publication.

Manuscript should be sent to rivistaitinerari@gmail. com by April 31st, 2021, with “Call Recognition 2021” in the subject line.

Publication of the issue: December 2021 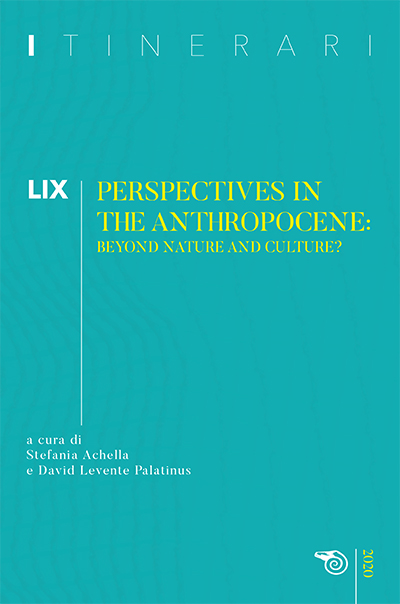