The English word “complemetary” opens a wide semantic-conceptual horizon related to the idea of hospitality: 1. as expressing praise, approval, admiration; 2. as expressing a compliment that isn’t really sincere; 3. as free, or free of charge. To these we can add two other conceptual fields etymologically related. In fact, “complimentary” belongs to the same linguistic family as “complementary” that signifies forming a complement, an addition, as well as finished, full, achieved. These traditional meanings are completely destabilized by technology. We no longer have admiration or acknowledgement, but fanaticism or fancy; no longer courtesy but user friendliness, no longer gift economy but charity, no longer tokens of mutual friendship but vouchers, no longer host and guest but agency.

This essay compares two types of polite behaviour: courtesy and cordiality. The former is a gentle politeness, whose roots go deep into modern European courtly culture: the latter is a peculiar aspect of Brazilian way of life. The author points out four characteristics of the “cordial man”, following the description given by Sérgio Buarque de Hollanda in Raízes do Brasil (1936). They are intimacy, use of diminutive suffixes, omission of surnames and ethics of emotions. According Lacanian psyconalysis, this strategy conceals difficult relationships with themselves.

The public image of psychoanalysis has always been identified with Freud’s. This doesn’t
mean that psychoanalysis has still to be considered as the work of a single man, even if many people might think so. Nevertheless, every single psychoanalyst tends to insert quotations from Freud in every essay, even if her/his reference theory is rather different by now. Such a tendency is unique in science, since in no other field researchers tend to show such a deference to a founding father. Aspects and consequences of this attitude are discussed.

The purpose of this essay is to try to reconstruct the aesthetic path that, from grace as a graceful movement, arrives at grace as the structure of dance itself and, hence, the proposal of a contemporary grace. It is essentially an attempt to follow the evasive idea of grace in the art of movement universe, from the eighteenth and nineteenth-century French classical ballet, a privileged expression here offered with a stylistic interpretation, to Raymond Bayer’s twentieth-century consideration that deconstructs the graceful towards a grace searched in a “structural systematics”. It is an exegetic itinerary that therefore follows a double line: on the one hand a historical reading of the relationship between dance and grace, on the other hand the proposal to make this notion relevant again from the perspective of a contemporary aesthetics open to a global vision of dance.

The article discusses behavioral treatises, which flourished in the 16th-17th centuries, showing their importance in western culture. It refers in particular to Castiglione’s Book of the Courtier (1528), which has considerably influenced treatise-writing up to today. It furnished a behavioral model that has undoubtedly influenced writings on the gentleman, the honnête homme, the dandy, etc. Castiglione’s theory of grace and sprezzatura has fascinated many generations, ultimately merging in the present with the “School of Cool.”

The paper’s aim is the investigation of the “textual”, linguistic and semantic relationship between Francis Bacon’s paintings and its own cinematographic nature, not only in relation to its specific photographic or literary sources, but also to films and directors that the artist publicly recognized as inspirational and in tune with his own philosophy. In particular, through a comparison with Jean-Luc Godard’s Alphaville et Pierrot le Fou and Samuel Beckett’s Film, we wish to prove how Bacon used the iconography of his works (some of which are mentioned in the study), in order to transform visual stories which do not possess a real internal active force into an actual circumstantial and semiotic material, as in the works by Conan Doyle and Agatha Christie, that he owned in large numbers, as specified in the article. Thanks also to the indirect help of other authors read by Bacon, who were significant representatives of Semiotics, like Gilles Deleuze (who wrote on Bacon) and Ronald Barthes, the study shows a kind of undeclared attempt by Bacon to unify the static imagery of painting with the implied capability of photography’s still movement (see above all the photographer Eadweard Muybridge), at the same time linking it to the explicit dynamic development of the moving cinematic image: these are the basic scopes to comprehend Bacon’s work.

The present article aims to show the link between technology and architecture in the light of nihilism. Technological progress allows to create a completely uprooted architecture: the entire history of architecture could be seen as a journey from the pyramid to the sphere. The millennial and inescapable relationship between earth and architecture is ideally already cut in Newton’s Cenotaph designed by Boullée, which Sedlmayr cites as an example of “bodenlose” architecture. Nowadays technology reduces more and more the breach between design and execution. If the pyramid points upward and tries to bridge the gap between heaven and earth, to establish a direction and a meaning, the shape of the sphere is emancipated from every direction and from every connotation, becoming the symbol of a new kingdom, where technique achieves his total autonomy. 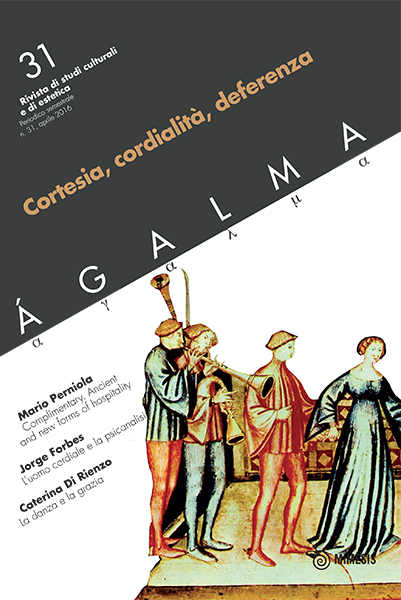