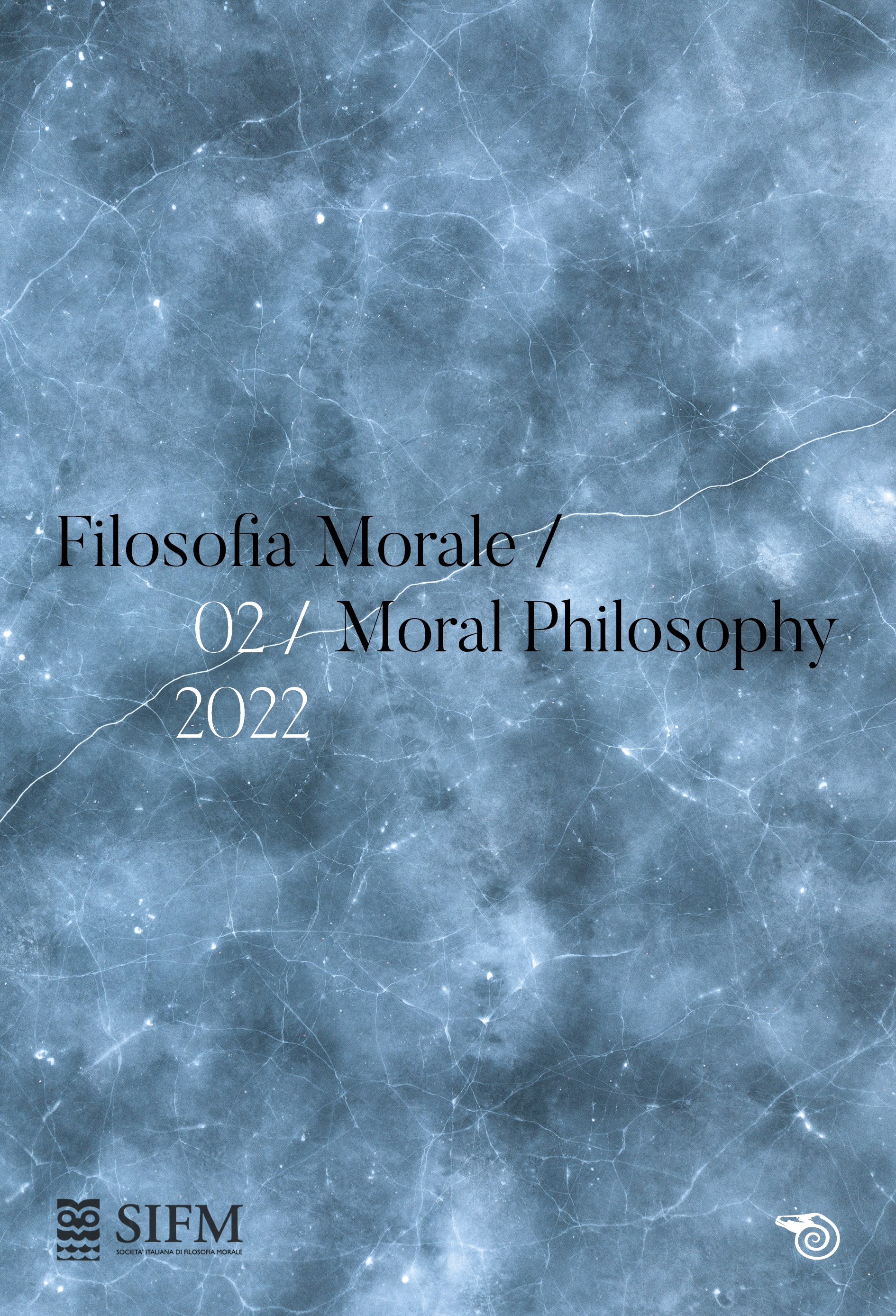 The journal aims to be a common space for research, open to the contribution of all people involved in the study of ethics, and capable of promoting a sense of belonging to the scientific community of moral philosophers.

Filosofia morale/Moral Philosophy publishes Articles, Discussions and Reviews in the field of moral philosophy and neighbor disciplines (politics, theoretical philosophy, aesthetics, philosophy of language, anthropology, religion), in a pluralistic perspective, open to the different traditions of thought and the different approaches animating the ethical debate. The journal hosts historical, theoretical, applied and interdisciplinary contributions. The contributions can be written in Italian, English, French, German, and Spanish, provided they are written or revised by a native speaker.

The selection criteria are argumentative precision, originality of the thesis, accuracy of documentation, as well as propriety and respect for every person, also in the expression of objections and critiques to authors.

The first issue is scheduled for the beginning of 2022. The call for papers is here.