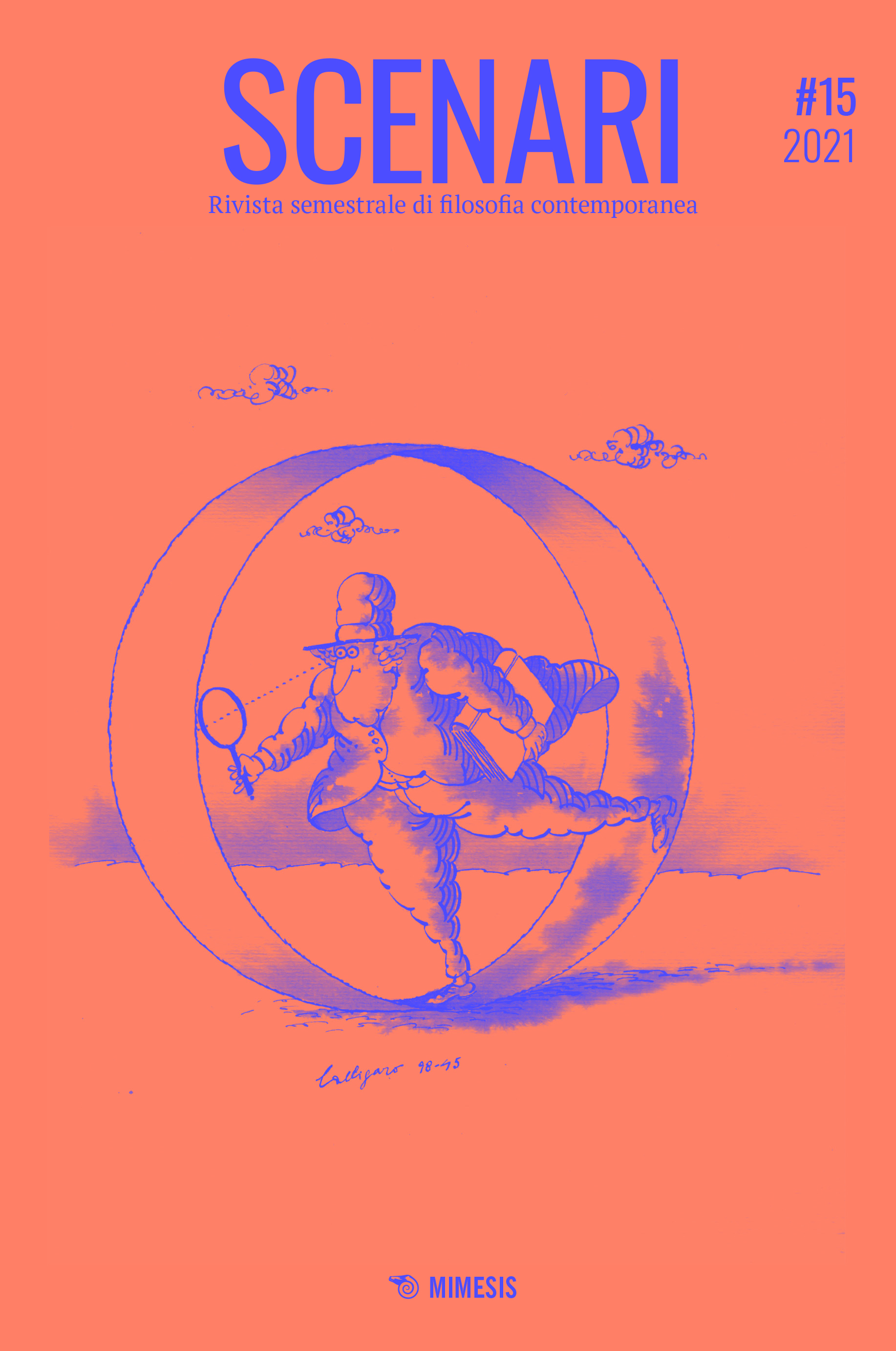 Bouso, R. (2021). Neither I nor other Dialectical formulations of the experience of self-awareness in Hegel and Buddhism. Scenari, (15). Retrieved from https://mimesisjournals.com/ojs/index.php/scenari/article/view/1566
ACM ACS APA ABNT Chicago Harvard IEEE MLA Turabian Vancouver

This paper examines two philosophical accounts of self-awareness considering their dialectical character. On the one hand, it discusses Hegel’s Phenomenology of Spirit and its pedagogic aim of helping us see that contemplating the world in the right manner reveals it as rational, which leads to the conclusion that philosophical inquiry can bring this rationality to consciousness. According to this, absolute knowledge, by overcoming one-sided assumptions as a result of a sort of via negativa, will dissipate the contradictions generated by our understanding as the natural starting point of our thoughts. On the other hand, this paper will reflect on the journey of self-awareness suggested by the dialectic of the Five Ranks in Zen Buddhism. This journey culminates in the identity of the Absolute and the relative as seen by an enlightened mind, which is no other than the ordinary mind positioned beyond discursive thinking. Despite the very different contexts in which these accounts were conceived and formulated, in both cases we can see how they do not seek to resolve contradictions by taking up one side or the other, but rather to show how there is an underlying unity that can only be achieved through doubting and self-negation. Rethinking both itineraries may cast the role of dialectics in the experience of self-awareness in a new light.