Salaborsa Library in Bologna. A whole city in a building

This paper provides an analysis of the space of Salaborsa Library in Bologna. Starting from many onsite observations and listenings, they were then integrated with the information given by the website of the library itself. The aim of the analysis is to keep together two main aspects of the survey: space and sound. In order to make this essay as complete as possible, it focuses not only on a precise description of the space, but also on an accurate examination of sounds as well, in line with the current semiotic research on sonic environment. The hypothesis is that Salaborsa is not only a library, but rather represents a real cultural institution: placed in the city center, it takes the city into itself. The essay, therefore, attempts to describe and explicate this dialogue, this mutual incorporation between the city of Bologna and one of its most important libraries. What is given here is then an image of Salaborsa as an organic space which, even if it is structured into distinct places with different practices, it is composed as a functional and well organized unity. 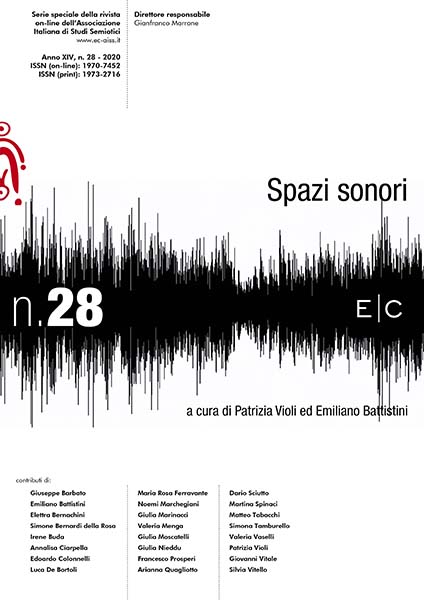