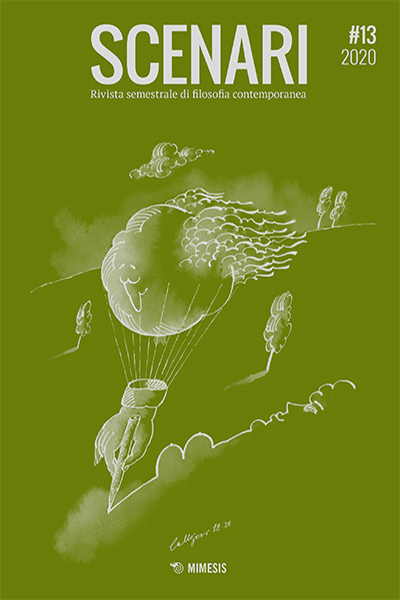 The intent of this work is to lead an examination of some Derridian texts, between the late ‘70s and early ‘90s in order to isolate the speech on the Messianic and show how it is the link between three different thematic macro-areas: religion, technique and politics.
The following paper has its background in the wider problem of the living-being, which has been addressed by Derridean researchers over the last ten years, having in mind as reference the seminar La vie la mort held in 1975.
We will take into consideration some moments of the comparison with thinkers such as Benjamin and Marx, because it is within their texts that Derrida glimpses the trace of a “mechanism of spectral contamination”. A law of contamination, understood as the spectral return of death to life, is exorcised by these authors with a reference to eschatology and messianic. However, the attempt to think the future as totally different and Life as radically immune from Death, constitutes the danger of the return of the identical, that is, the danger of an arch-teleology of sacrifice and redemption, of destiny and races. Will it be possible to avoid falling into the abyss of the metaphysical tradition while preserving that subtle messianic eschatology that grants the possibility of a future to-come?
This is the attempt that we recognize in Derrida’s work of those years, which is substantiated above all through an original reading of Nietzsche’s work. From my perspective, some of Nietzschean passages will allow Derrida to understand the messianic in a non-metaphysical dimension and will help him to formulate those concepts of a democracy to-come, decision and justice that constitute the legacy of Derrida’s political philosophy.