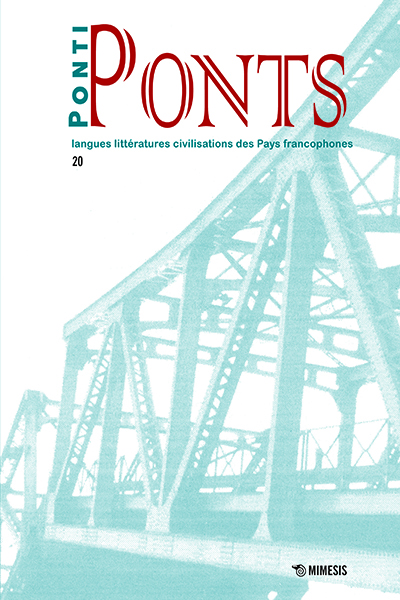 Franco-Rwandan rapper, singer and writer Gaël Faye is a central figure of cultural interbreeding in the French contemporary art scene. Faye’s hybridity involves not only his double nationality, but also his music, inspired by literature. Thus, in this article I will examine the possibility to apply the literary notion of the flâneur to Gaël Faye. Specifically, I will compare his lyrics from the albums Pili Pili sur un croissant au beurre (2013) and Rythmes et botanique (2017) with Charles Baudelaire’s poetic works Les Fleurs du mal (1857), Le peintre de la vie moderne (1863) and Petits poèmes en prose. Le Spleen de Paris (1869). The main objective of the study is to show how the ninteenth-century Parisian figure of the flâneur is renewed by the contemporary urban poet, i.e. the second-generation rapper. Through his music the rapper transforms and re-signifies the practice of the flânerie as well as the urban space. Thus, the city, as a melting pot of cultures and languages, is remapped by this new postcolonial and post-diasporic subject. In reference to Guillaume Apollinaire’s work Le flâneur des deux rives, I propose to consider Gaël Faye as the flâneur of the two continents, able to build with his music a bridge between countries and cultures.