Dreams and Paths for Generating Meaning: the Dream Narrative Between Freudian Psychoanalysis and Cinematographic Imagery

Abstract The close relation between dreams and narratives emerges from the very definition of the former: “successions” (Random House Learner’s Dictionary of American English 2016) or “series of thoughts, images, and sensations occurring in a person’s mind during sleep” (Oxford Dictionary 2015, emphasis added). Such successions have a specific semiotic capacity, which means that they are charged with particular meanings, therefore inevitably requiring — or at least intensely inviting — interpretation. From Freud’s model — according to which dreams give expression to prior, unconscious dream thoughts (Freud 1900) — to contemporary collective imaginaries, such a semiotic force has been foregrounded and variously explored, revealing important aspects related to dreaming (e.g. the role of memory, the importance of the perceptual level, the negotiation between the unconscious and the censorship of consciousness, the processes of spatialisation and temporalisation, etc.). Building on relevant literature and the semiotic analysis of significant case studies, this paper analyses the processes of meaning-making and the narrative logics underlying dreams and their filmic representations, making particular reference to Greimas’ models (1966, 1970, 1975, 1983). 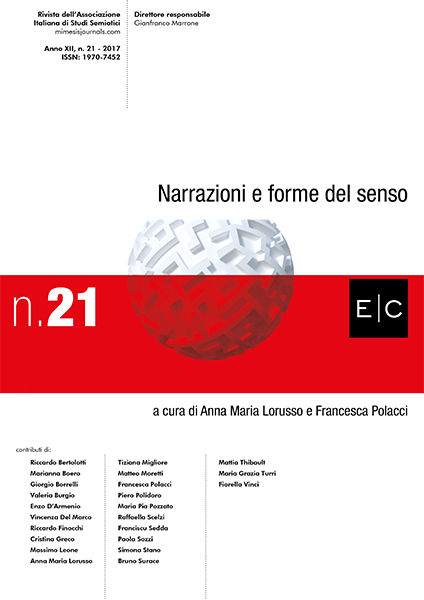