Detection and Bildung in the Adventurous Inquiries of “Monsieur Proust”. A Conversation with Pierre-Yves Leprince

This conversation with scenographer, painter and writer Pierre-Yves Leprince explores the main themes of his narrative diptych Les enquêtes de Monsieur Proust (2014) and Les nouvelles enquêtes de Monsieur Proust (2015). Taking as its starting point the relationship between “popular” literature (feuilletons, mystery fiction) and the narrative patterns of the Recherche, the interview charts the genesis of Leprince’s project, with particular reference to the influence of Gilles Deleuze and René Girard. It also addresses the inherent “theatricality” of Proust’s writing grounded in the author’s sense of observation. Leprince’s two novels are “inquiries” carried out by the fictional Monsieur Proust, written out of admiration for the real Proust (such a genre has been termed “roman d’admiration”), but, above all, they were conceived on the basis of an intuition: that one of the reasons for the growing universal success of the Recherche could be a passion, shared by all publics, for the detective story, which is here revisited drawing on a vast amount of theoretical sources. 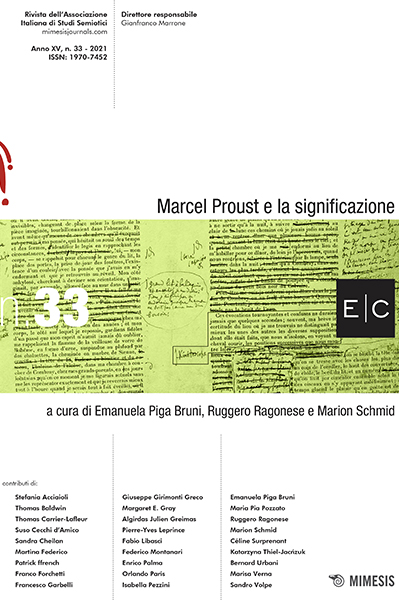